When I was young and wild, I had beautiful hair.  To be honest, I’ve never cared for hair since I was in the 9th grade I’ve been cutting it as short as possible, and I’ve been doing it long enough now that I have no idea what color my hair is anymore. So, although I do not fit the bill, the metaphor I’m about to make, still works.  That metaphor is that organizations are like hair.

I know people that cut their hair every two weeks.  They never change the style, they never experiment.  They know what works and they are the guys that say things like, “If it’s not broke, don’t fix it”, “you don’t mess with the classics.”  They keep tight control over their hair and never let it get out of sorts.  This example shows what most leaders and managers want in their organizations.  They fight to stay standardized and look to control as much of their processes as possible.  There are many organizations that this works for, but this kind of leadership does not leave room for innovation and progress.  You can’t adjust processes and functions when you are doing the same things.

Additionally, you can’t change your hairstyle in any meaningful way without going through that weird medium length sloppy-hair stage.  You know, the stage where some will only lay flat and others will only stick straight up.  This is the stage where you test your commitment to the new style.  How much do you want it? If you are weak, or if you aren’t sure of what you want, you will quit and go back to what you know.  This stage in the organization is where most leaders lose their nerve and think the new efforts have failed.  On many occasions, this early exit is a tragic mistake which causes future efforts to die before they even happen.  Leaders must accept there is going to be growing pains with progress.

Eventually, you will have to cut your hair.  That doesn’t mean you have to go back to your old style, but you do need to get it back under control and set things right again.  Organizationally, this means you have to pull the crazy experimenting back a bit and look at providing more stable processes.  There will always be a need to experiment and take some risk, but after letting your people get wild and outside of the box, you will need to bring all that back in and get the balance back to the organization.  Too much wild-wild-west type of stuff in the organization can be exhausting so you will want to keep some of the momentum going for progress, without so much risk and experimenting.

So, let your hair grow and give your people some room to try new stuff!

In November of last year (2017), I wrote an article about my team that articulated the trouble we were in.  Poor performance all around.  I also determined the course of action was to simplify the tasks and build a solid foundation.  We had quite a bit of turnover which caused chaos within the team.  Now, a few months later I want to revisit my team.

The decision to simplify was the right one.  I called a meeting with the team and wanted to discuss how we could simplify the tasks and still meet the operational mandates of the organization.  But before I could call the meeting, one of my most honest (and forthcoming) supervisors came by to talk.  He was frustrated; with me, with the job, with almost everything.  The bottom line was he was losing faith in me.  Admittedly, I was initially upset and frustrated that he couldn’t see my vision and was losing trust, but after some self-reflection, there was no way he could see things from my perspective, with all the turmoil going on in our division.  He was doing me a great favor by talking to me.  He was warning me about the storm that was coming.  A storm I could feel but wanted to believe I could prevent with my sheer willpower and leadership skills.  What I realize now is that the storm is essential.

With this new information, I still called the meeting, but instead of my original plan, I decided to have a very candid discussion about their frustrations and wanted to make sure they had a chance to vent.  Listening to them complain about the things I was and was not doing is difficult!  But I know myself and understand my strengths are not in sitting back and letting the team complain without interjection.  I challenged their thoughts and beliefs.  I wanted them to know I heard them, but most of their frustration was due to miscommunication and misunderstandings, which we addressed and agreed to work on.

Now we are moving forward.  I scheduled and held the meeting two weeks later to address simplifying the work and getting more organized.  And my team feels better because they have a voice and it has been heard.  At the meeting, we discussed, among other topics, daily tasks that are not accomplished and I reinforced our commitment to accountability.  The simplified tasks and functions have worked like a charm.  The mistakes are down, and morale is higher than it has been over the past year.  This is all due to higher quality work and clear expectations of performance.

Since we have reestablished our foundation and are performing well, we have begun to get back to more advanced training.  We have developed several new items to train on to push the employees beyond their comfort zone.  The entire division is doing phenomenal and consistently improving.  They complain a bit, but without pressure, there is no growth. 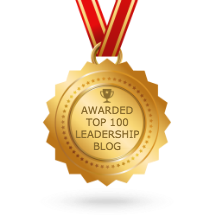